Armenia is a landlocked country nestled in West Asia between Turkey, to the west, and Azerbaijan to the east. As the first state to officially adopt Christianity in 301 AD, Armenia boasts numerous ancient relics, cathedrals, fortresses and museums portraying its vast history. Aside from its phenomenal landscapes, popular attractions include Etchmiadzin Cathedral and Khor Virap Monastery.

Get ready for a medieval adventure because cheap flights to Armenia are now available! The country’s hub airport is Zvartnots International Airport (EVN), a 20-minute drive from the city centre. 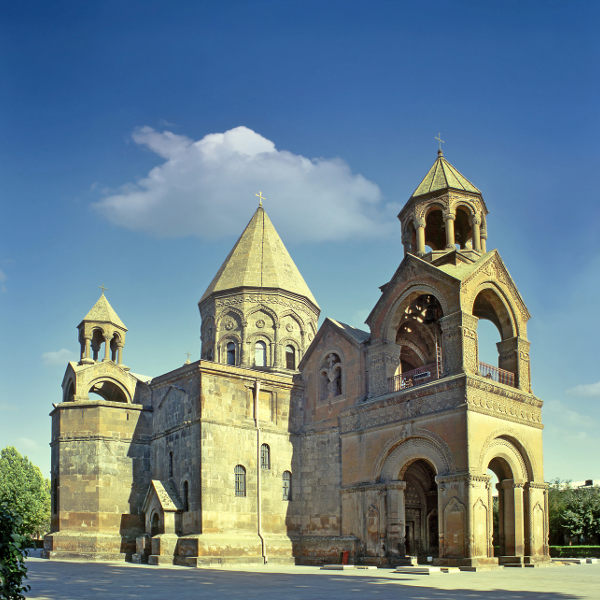 A country steeped in riveting history, Armenia will enchant you with its medieval castles, Byzantine cathedrals, Hellenistic temples and fascinating archaeological sites dating back to the Stone Age. 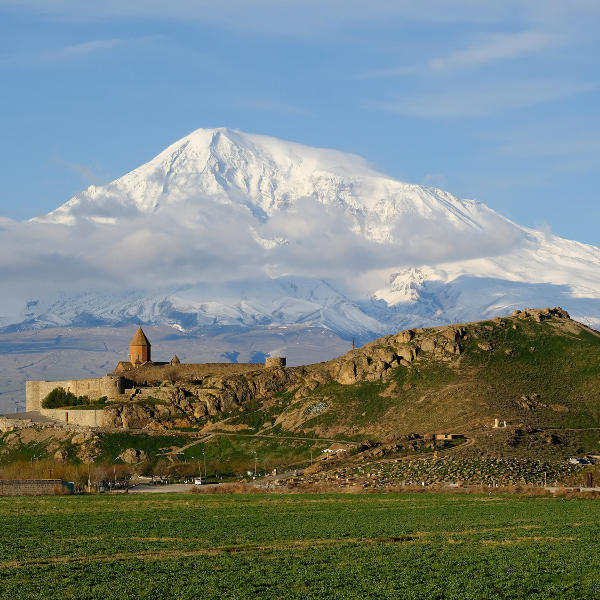 The majestic valleys and rugged cliffs sprawled throughout the countryside are awe-inspiring. A national Armenian emblem, Mount Ararat towers above the highlands with its snow-capped peaks, popular amongst avid skiers and hikers. 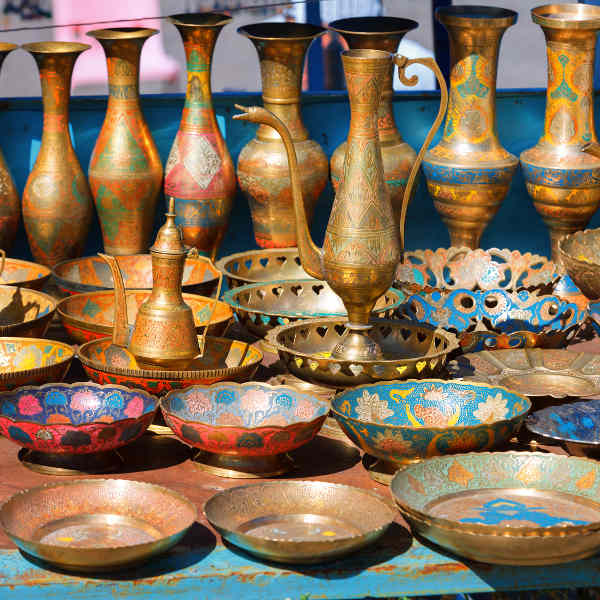 Yerevan is home to a vibrant theatre and music scene. The National Art Gallery boasts rich Armenian tales and artworks dating back to the Middle Ages; while the craft markets bustle with hand-sewn lace and gold ornaments.

Armenia experiences a continental climate, with warm, bright summers and cold, snowy winters. Summertime (June-September) sees minimal rainfall and toasty temperatures peaking at around 36°C. The ideal times to experience the best of Armenia’s beauty are in spring (April-May) and in autumn (late-September-October), when the flowers are in full bloom and the bright autumn colours bristle through the landscapes. The winter months of November to March see the lush countryside blanketed in snow and adventurous travellers can enjoy the best in skiing and snowboarding down the lofty slopes of Tsaghkadzor ski resort. This is a great time to experience crowd-free attractions and phenomenal discounts on hotels and airfare.

At the foothills of the Ararat Mountain, Yerevan is the historic capital, where visitors can learn about the country’s Christian heritage and troubled past of WW2. Home to a vibrant nightlife, wonderful shopping and a captivating arts scene, iconic landmarks are the Opera and Ballet Theatre, Republic Square and the Armenian Genocide Memorial.

Just 20 minutes from the capital stands the original basilica built in 301 AD – Etchmiadzin Cathedral – the oldest state church at the forefront of Christianity.

You cannot visit Armenia without seeing the Khor Virap monastery, perched along the cliffs of the Vorotan River Canyon, surrounded by mountainous landscapes and rock pools.

The Debed Canyon is burgeoning with culture and history packed into its villages, churches and monasteries, including the World Heritage-listed Sanahin and Haghpat monasteries. Wander through the crumbling Soviet-era ruins and wild flowers, taking in the tranquil scenery.

Towering above 4,000 metres, Mount Aragats abounds in medieval architecture with a volcanic crater, accessible by car or on foot.

At over 3,000 metres, Lake Sevan is one of the highest lakes in the world. A bustling beach in the summer, enjoy beach volleyball, water-skiing and paddle-boarding. Taste the freshest Armenian trout, deliciously prepared at many of the restaurants fringing this ‘seaside’ town.

Syunik province is home to one of the oldest and most popular megalithic sites, known as Karahunj (or “army of stones”). The over 200 stones, pierced by 5cm holes are thought to have been used for stargazing.

Compare several airlines, and book your cheap flights to Armenia online at Travelstart!

Armenia is a fairly safe country, with no violent crime known to occur towards tourists. Be aware of small-scale crime like pickpocketing, especially around transport terminals and bars. Single female visitors should exercise caution when walking at night to avoid attracting unwanted attention. Be aware of taxi scams at the airport, where an escort approaches you offering a ride in an ‘airport taxi’ which ends up costing three times the usual price.

Drivers in Armenia are known to be a little reckless, so watch out when crossing the roads. Jaywalking is a criminal offense and you may be liable to a fine of around ֏3000.

Bear in mind that some hotels and restaurants in and around Yerevan only accept cash; however, most merchants also accept Euros and U.S. Dollars.

There are no mandatory vaccinations required to visit Armenia. Tap water is safe to drink as it is usually spring water from the mountains; however, you may want to stick to bottled water outside of Yerevan.

A comprehensive travel-insurance policy to cover theft and medical expenses is always recommended.