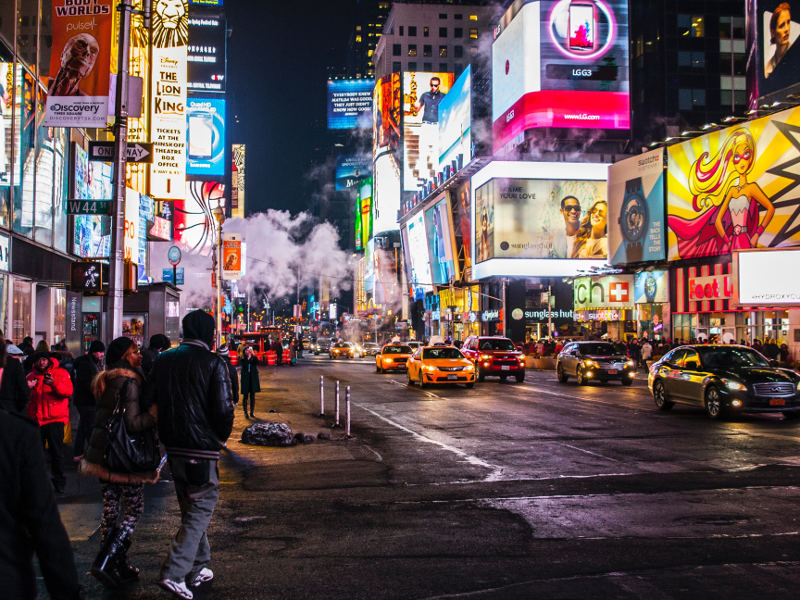 It’s not called the land of opportunity for nothing. Come country bumpkins to the most discerning of city dwellers, millions of people flock to New York City on an annual basis in the hope to get a taste of the dynamic energy this city holds. Although known as the city which never sleeps, visitors can still plan a time of year which best suits their preferences. Perhaps it’s the magical display of Christmas markets over the festive season, or are you more a ‘picnic in Central Park over the summer’ kind of traveller? Below, we’ve taken a closer look at the best times to visit New York City to help you make a more informed decision.

While we’re not totally convinced there is a best time to visit New York City, the weather might sway your decision based on the places you want to visit in New York or the things you want to do which may be drawing you to the big apple. It’s important to understand that the weather is strongly influenced by two air masses, the cold ones coming from Canada, and the warmer ones coming from the Gulf of Mexico.
Come summer or winter, the wind factor should not be ignored. It may cool you down in the summer, however, snow storms in the winter are not uncommon.

July is the hottest time of the year averaging temperatures of +/- 29°C. While New York is not quite as humid as Asia, the building infrastructure tends to make it quite hot and very humid at times. While sometimes unpredictable, most of the rain comes in the form of afternoon or evening showers and thunderstorms, but fear not, umbrellas are provided for patrons in most restaurants and coffee shops. If summer is your vibe then the best time to visit New York City would be between June – August. 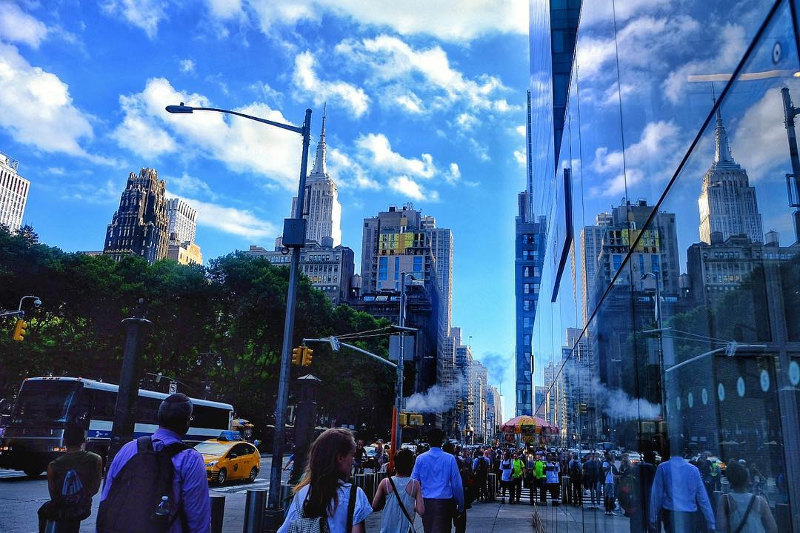 New York winter can be rather cold with an averaging temperature of sometimes -4°C in February. As chilly as that may sound, this by no means takes away from the charm of this city. In fact, with every season, comes a new set of exciting attractions and activities to explore. Although rain is at a low with as little as about 80mm in February, snowfalls are quite frequent with an average of 26 inches of snow a year. If snuggling around a fireplace or walking in the snow is your idea of a perfect evening, then the best time to visit New York City would definitely be during the winter months. 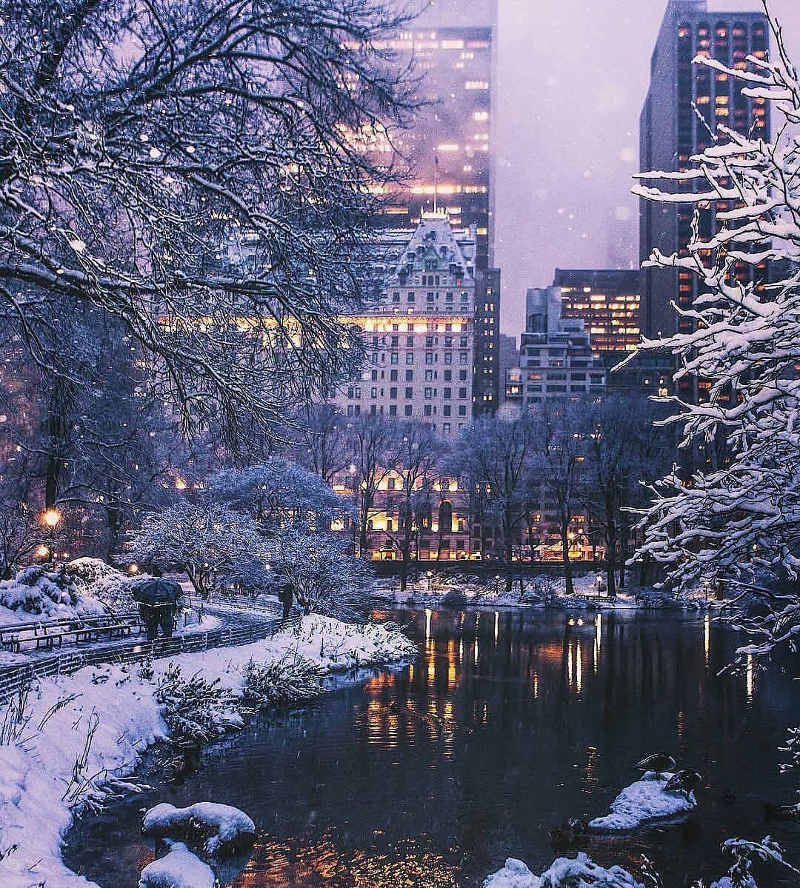 If you’re looking for a more temperate climate the best time to visit New York City would be between April and June and September to early November when the is milder and less unstable.

The vastly ranging seasons also have an effect on the daylight hours.

In summer you can experience between 12 – 14 hours of sunlight, with sunrise starting at 05:30 and sunset occurring at around 20:30.

How much are flights to New York City?

High season for Nigerians travelling to New York is typically around some of Nigeria’s dry season (May and August – late-spring and mid-summer in New York) and some of its wet season (January – mid-winter in New York). This is mostly due to the better weather conditions in Nigeria during the dry season and new year festivities in New York leading to more activity at the airports and higher volumes of tourists at attractions (especially in May and August). Flights tend to be rather pricey when flying during this time. You’ll have to be smart about booking in advance to avoid disappointment. The earlier you book the better the savings. While this might be the only time you have to spend with your family or get away from the grind, peak season means high volumes of people and crowds at the airports. This really depends on your personal preference. The best time to visit New York City might actually be during peak season as this is when the city’s energy is at it’s best.

The more temperate times of the year and some of the hotter periods (April, June, July, September, and October) are the best time to visit New York City for Nigerians. You can save as much as 70% on your flights. This might free up some extra cash for travel insurance or other extras for your trip While it might be a cheaper flight, there’s nothing worse than being caught with unpleasant surprises at the last minute. You would much rather be prepared. Better yet, you’ll have a little slush fund to see more attractions and more activities. 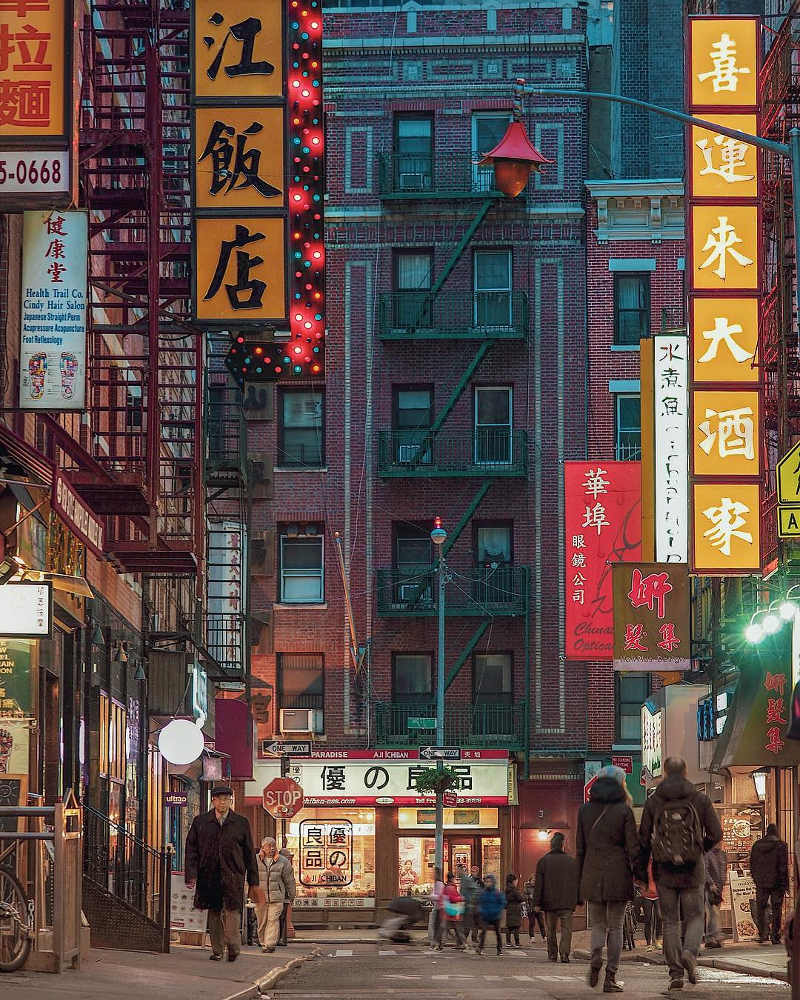 Who doesn’t love a Christmas market?! If you happen to be travelling over the latter part of the year then the best time to visit New York City would be from the middle of November to Christmas because the Christmas markets are an absolute must. A white Christmas is really quite special if you are yet to experience one and you couldn’t choose a better city if you tried. There are a number of markets scattered around New York City but these are a couple of really special ones you should look out for: 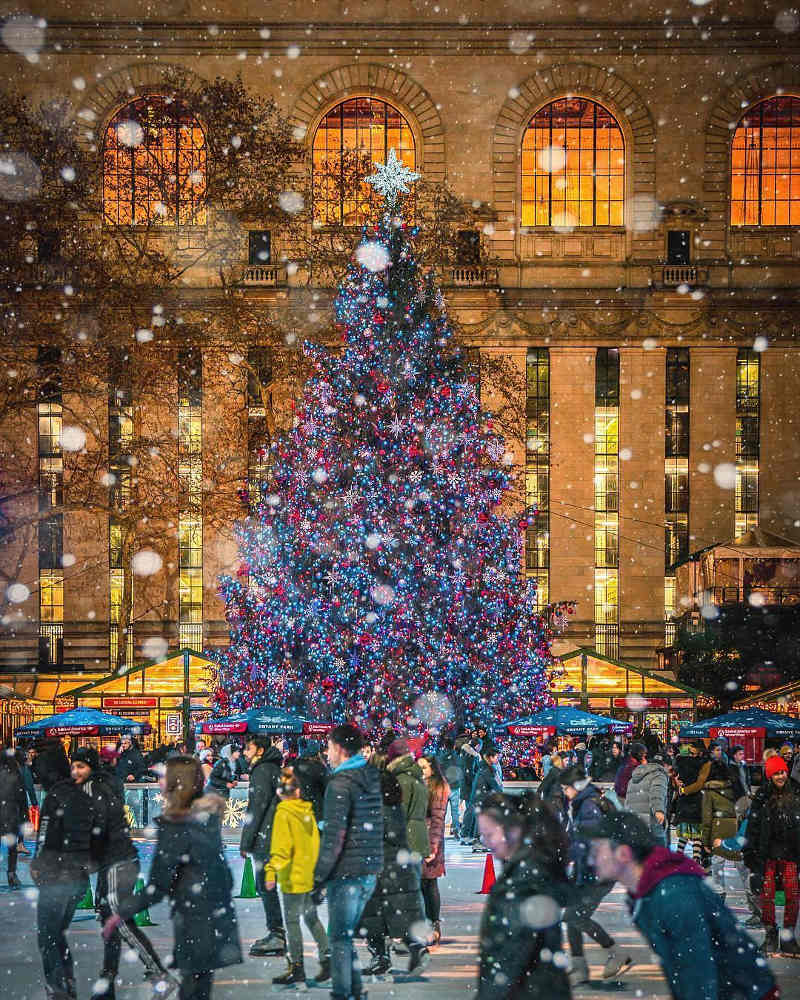 Amongst other things, Summer in the Big Apple means grabbing your family and friends and heading out to as many music festivals as humanly possible. From hip hop to jazz, or Red Hot Chili Peppers to Erykah Badu, you will never be at a loose end for live entertainment. If music is your thing, then the best time to visit New York City would definitely be between June – August. Here are the top 10 festivals to add to your calendar. 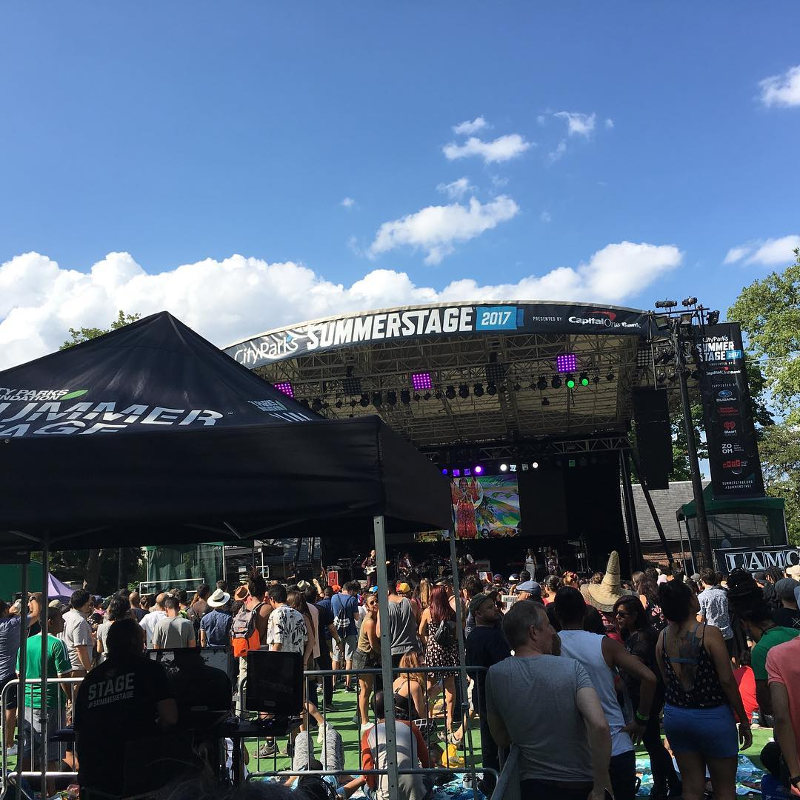 In celebration of France’s independence and the great relationship the French have with the US, Bastille Day is celebrated with huge enthusiasm throughout the US. New York City is no exception. Around mid-July each year New York’s biggest & liveliest French street fête, held on 60th Street for the past 20 years, brings all things French to a fun and festive afternoon of food, wine, culture, and entertainment! 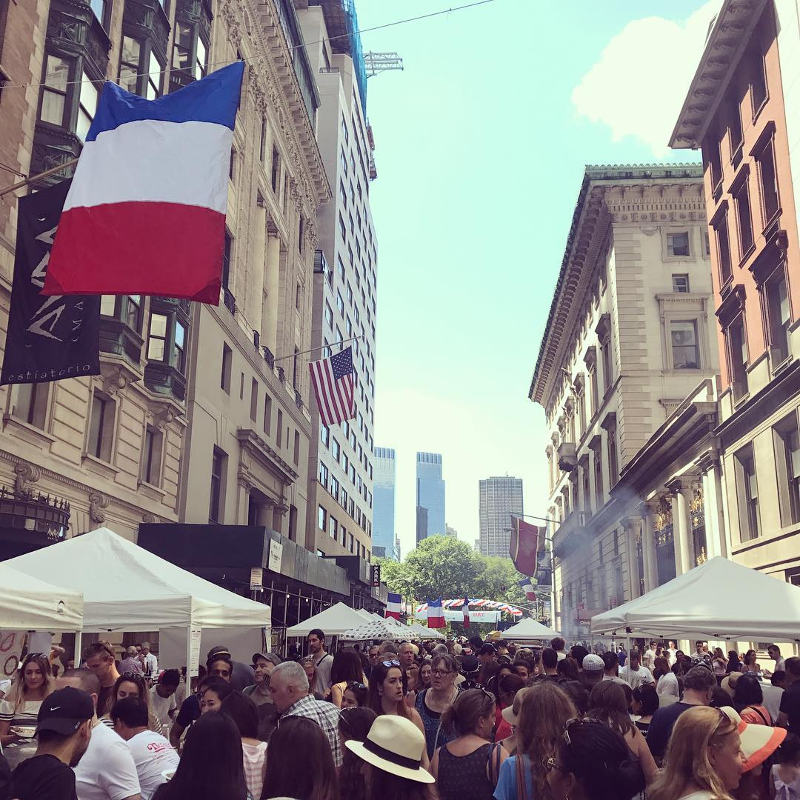 If you consider yourself to be a fashionista, the words “New York Fashion” Week are probably words you have uttered with great excitement on many occasion. Taking place in February and September, this production showcases collections from some of the world’s most famed designers and has the city coming to a trendy screeching halt. If spotting the rich and famous in while leisurely walking the streets of the city, then Fashion Week is definitely the best time to visit New York City. 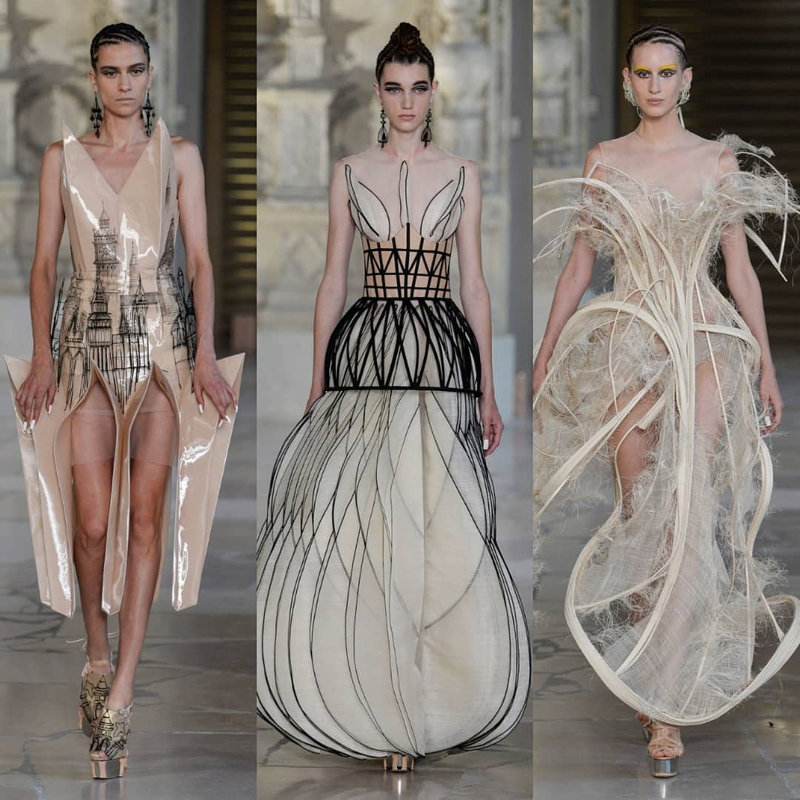 Make sure you give yourself enough time to get your visa. If you are unsure about visa requirements read up on the step-by-step visa application process.

Remember to subscribe to our newsletter and be the first to know about our cheap flights to New York and other awesome deals.